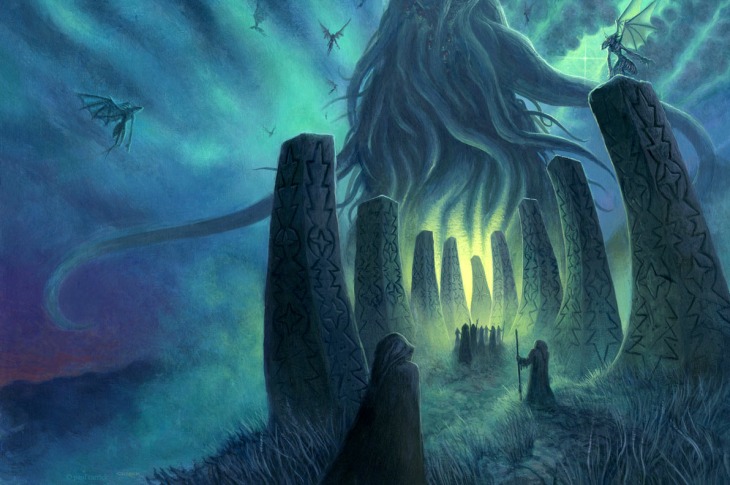 The high elves empire was at its pinnacle, yet desired more power.  The high elf king entered into a contract with ancient and forgotten gods in the hopes of advancing his empire even further.  Instead of delivering on their promise, the elder gods brought chaos and death to the world.  The high elf empire was destroyed and horrid portals opened in the sky, flooding the world with abominations.  The various kingdoms of the world fought a losing battle for decades and watched in horror as each of their allies were toppled one by one.  Plague and chaos reigned for decades.  The divine was cut off from the mortal realm, leaving clerics, priests, and paladins unable to perform miracles and heal the ailing.

Eventually the dwarves and dragonkind came up with a plan they hoped would save the few remaining humanoids.   The dwarves delved into the earth and created massive vaults capable of housing thousands of beings.  Humanoids were placed in specially crafted and blessed chambers and put into a deep sleep, and the vaults were sealed.  Those that volunteered or could not fit inside the vault stayed in the outlying dwarven outpost as guardians of the vaults.

The dragonkind knew their time was upon them and offered up one final and mighty prayer to their divine god, Bahamaut, to save the world- offering up their own lives as sacrifice.  The combined offering of all dragonkind reached Bahamaut, who agreed to the offering.  In a flash of light- all dragonkind vanished, as did the divine touch of Bahamaut and other gods, but the deed worked.  The portals that the elder gods had opened were sealed, but the damage was done.

Millennia have passed and those in the vaults slumbered.  Five hundred years ago those slumbering in the vaults awoke to find themselves in a less than ideal situation.  Many of the vaults were broken into by beings of the underdark, taking slumber bodies into the depths for food, slaves, or worse.  The vault-dwellers fought to establish order to survive in their new confines.  Many battled with horrors leaking up from the bowels of the earth, while others collapsed into the chaos of fighting amongst themselves.  Fifty years ago the vaults doors opened, allowing the survivors to step out into a world that none have seen or touched before.

You are a survivor of one such vault, located in the wild and savage jungle of the southern continent of a world that is completely unknown to you.  Many survivors busy themselves by fighting off hordes of vile creatures and abominations while slowly rebuilding the fallen city of Vabittra piece by piece.  Others defend the vaults from enemies that leak up from the underdark, or venture into the underdark themselves looking for much needed ore and material for the city’s reconstruction.  While others, and those that tend to be the most suicidal, venture into the wilds, mapping out the surrounding territories, delving into ancient ruins in the hopes of finding some trinket of worth or piles of gold. 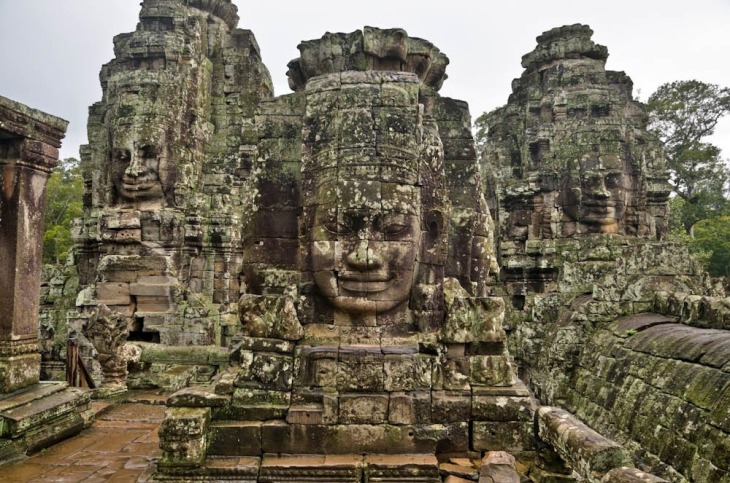 Elf (only wood elf and drow)

Deva (only one per campaign)- There are 10 Deva in Vabittra, which is where the Deva hail from as their capital.  They claim to be the last of the deva on the planet.

Gnomes- Nope…  Not located in this part of the world

Clerics– The touch of the divine is gone in the world.  Clerics now enter into the servitude of spirits of the world.  The manner of the spirit represents the domain that the cleric chooses.  Clerics will be called upon to do favors or leave offerings to the spirits.  Angering or denying the spirit its pleasures will result in the cleric losing class abilities until they atone.

Druid– tend to be more savage and hostile since the world has been corrupted.

Fighter- Occult Slayer as well as other fighter paths in PHB.

Monk– One school of monk survived in the vault, the Silver Skull (all three paths available- each representing an aspects of the skull- way of the open hand, right eye; way of the shadow, left eye; way of the four elements, mouth).

Paladin– Not available.  The orders of paladin have been lost

Rogue- All good in the hood.

Wizard– Very few wizards exist as the knowledge has been all but lost in the chaos leading up to the vaults.  In Vabittra there are 8 wizards of note, each with two apprentices (if a player desires to be a wizard- apprentice you shall be).

Goal– Players rediscover areas lost to chaos and time, delve into the underdark and discover new territories, sources of ore, ruins, etc. or help retake the massive fallen city of Vabittra, which (except for a few areas that have been reclaimed in the last 50 years) is largely a hostile set of ruins that are filled with monsters, forgotten knowledge, and items.  Death, mutilation, and mutation are constant (even in 5e) threats, but dammit they’ll have fun trying. 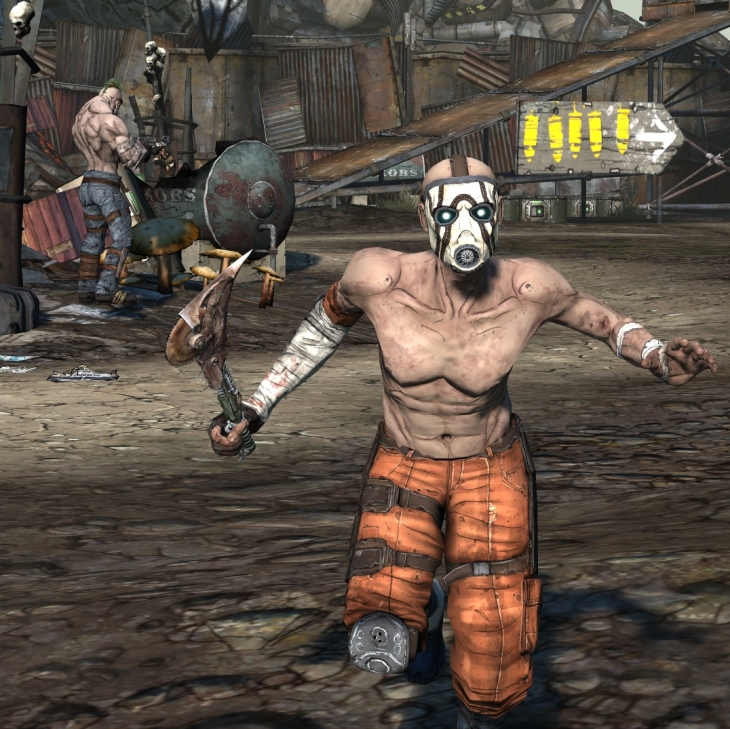 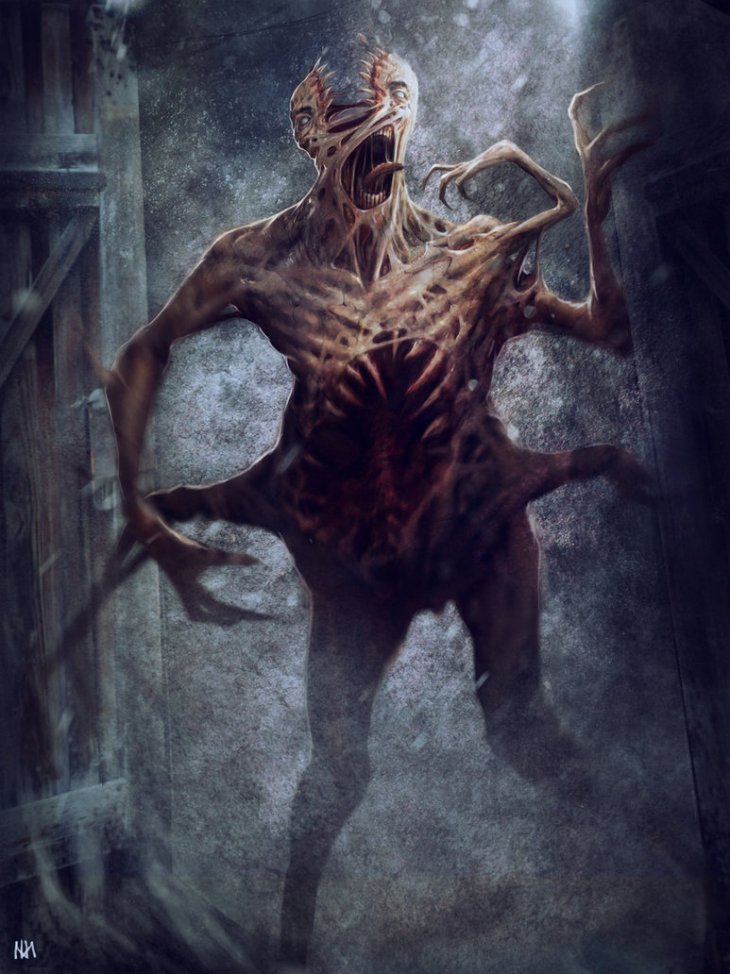 The campaign will be a high octane meat grinder action adventure of exploring a world that no one knows about, discovering interesting and terrible relics best left forgotten- encountering creatures and monsters that are unknown, and shaping the world with every action.  New factions and government will sprout up as people vie for power, supplies, territories, and material.  Metal weapons are cherished as most use bone, chitin, and the like.  Metal is highly sought after as it is rare (mines have been lost after the world “ended” after all).

The campaign model will support a regular Google + group, a live group, and possible flailsnails games.