David Lewis Johnson put on his mad cap and turned the metal up to 11 for the first module for Gathox Vertical Slum through DIY RPG Productions!

Fuck he even did a video!

Oh and I did a blood ritual and was summoned the talented and snuggly Matt Hildebrand to shred out the layout on this beast!

And lo’ there was QUAKE ALLEY MAYHEM!

Note: Currently the book is only available in PDF form.  We are waiting to hear back on the recent submission to OBS.  Anyone who purchases the PDF will receive an email through Drivethru with the option to get the POD at the bundle price when its released! Here’s a lil info on the adventure!

Enter a seedy underworld of alien hyper-capitalists and wondrous ancient artifacts with Quake Alley Mayhem!
This murderous, misshapen module foists a host of traps, puzzles, and environmental hazards upon unsuspecting players in a race against time. Structured for both tournament and campaign play, Quake Alley Mayhem! includes pregenerated characters, supplements to track the party’s progress and impending doom, and hooks to fit the adventure into a larger campaign.Designed for 3 to 6 players of levels 1 – 3 for Gathox Vertical Slum.

“The thing I really dig about this module, is there are no rooms in it that are empty.  Every room has a chance for roleplay, a fight, and or a deadly trap.  In other words this isn’t a vanilla dungeon with safe words!” – Shane Ward, 3 Toadstools Publishing
“If you enjoyed Gathox Vertical Slum then you need to get this product. Quake Alley Mayhem is a fun adventure to unleash at a con to show people how wild and crazy adventuring in Gathox can be.” – Brutorz Bill, Green Skeleton Gaming Guild
“The gonzo setting and weird gangs gives the whole enterprise a Heavy Metal magazine feel, or at least a Heavy Metal gloss on a grindhouse film. It’s a very fitting approach and a strong answer to the question “what do you do with Gathox?”” – Trey Causey, From the Sorcerer’s Skull
“Quake Alley Mayhem is compact and punchy. Every room in the dungeon contains something of interest, such as a trap, puzzle, enemy, or all of the above. As was the case with Gathox Vertical Slum, the writing quality is descriptive without being verbose, and appropriately weird for the setting. The artwork is sketchy, grimy, and punk as hell – perfect for the tone of the book. There’s just enough to get the imagination flowing without feeling like it’s just there to take up space between the text sections. Overall, the quality of the book, both writing and illustration, is top notch, and there’s enough to feel substantial for a small tournament module.” – Jesse Goldshear, Yenemvelt: Another World 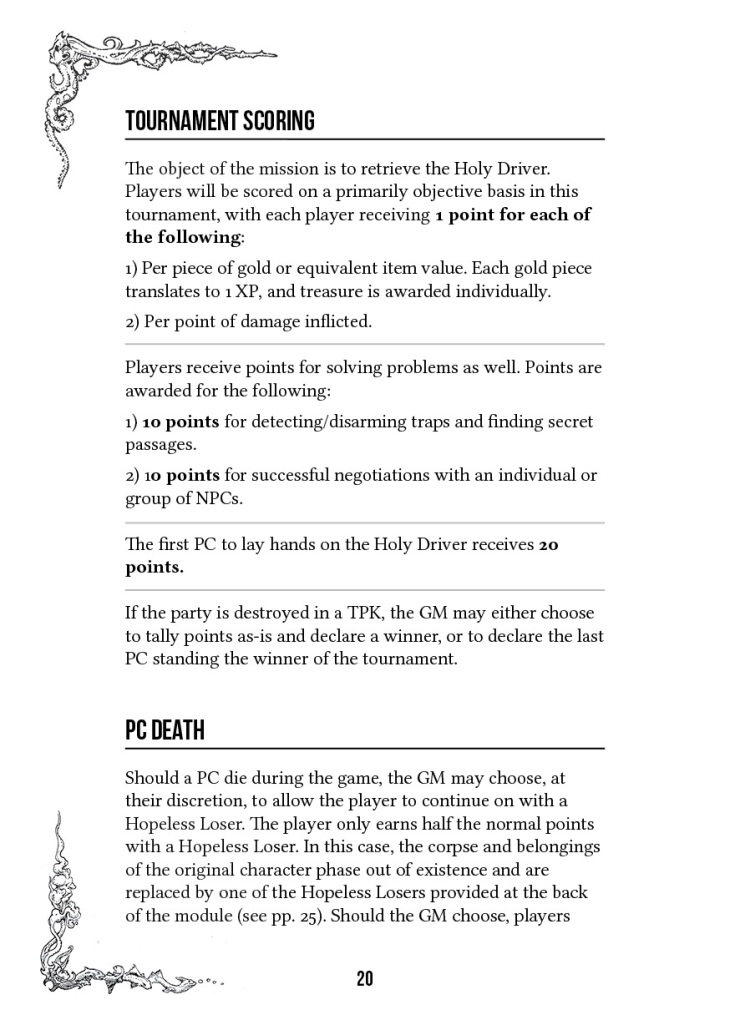 Oh and we have a character sheet on Drivethru as well!