The Barrowmaze Warlock for The Black Hack

Yesterday I posted my Paladin class I’m using in my Barrowmaze campaign for the Black Hack.  Today I’m posting the Warlock.

Eldricht Bolts: The Warlock can channel the power provided by their Otherworld Patron and hurl balls of energies at their foes.This is made in place of the Warlocks normal attack and is considered ranged up to a Nearby enemy.  The Warlock has a Usage die of 1d8 for this ability.  Once it is reduced to zero, the Warlock must sleep for 8 hours to regain the ability to use Eldricht Bolts.

Forbidden Knowledge: The Warlock can speak and read infernal and has Advantage on any knowledge pertaining to the occult or supernatural.

Spellcasting: The bond between the Warlock and Otherwordly Patron grants the ability to cast a number of Arcane Spells per day, see the Spellcasting section.

Known Spells
Warlocks know certain spells that they are then able to cast from memory.  The number of spells a Warlock knows are shown in the column below.  Warlocks do not need spell books.  They can cast from spell scrolls.

Otherworldly Patron (choose one): The otherworldly patron of the Warlock grants special powers.

LEVELING UP
Roll to see if attributes increase, roll twice for INT or CHR. 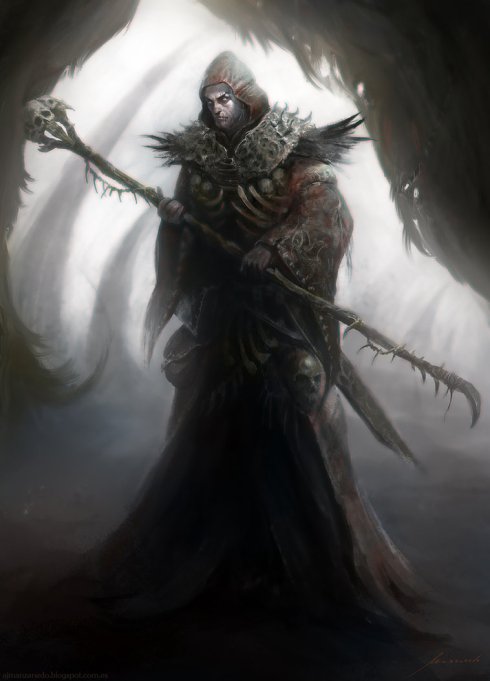