Recently I rediscovered the joy of Thundarr the Barbarian (thanks to Waynecon) and purchased it from Amazon and have been watching it.  One of the first episodes (the one with the Death Flower), a baddie makes a comment about humans, but it didn’t seem to include Ariel, which got me thinking a little bit… What if sorcerer’s/magic users aren’t actually humans?  I mean ALL the other sorcerers in Thundarr seem to be apart from human society; they are feared, hated, reclusive, power hungry assholes, etc.  As far as I’ve watched right now, Ariel is the only one who is on the side of man.

I know this goes hand in hand with the sword and sorcery genre- sorcerers tend to be the bad guys of those stories, messing with forbidden powers, making deals with elder gods, summoning demons, listening to heavy metal music, what have  you.

As I’ve delved deeper into OSR and simplicity of rules, I’ve been enjoying toying with the race as class (thanks to my love for DCC).  With my development of Land of the Spirits, I’m taking a page out of Adventurer Conqueror Kings and doing Race as Class, but offering 3 different classes per race.  So I was thinking that sorcerer is a Race as Class as well- they are separate from humans…  they may even look human, but they are as removed from them as an elf, dwarf, or beast. 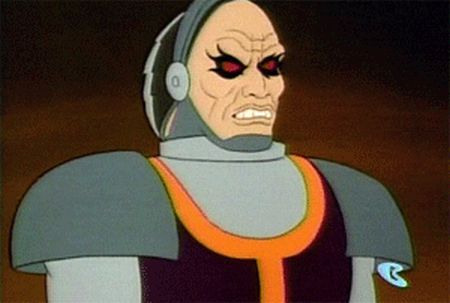 Sorcerers are not human; they are born of man and share similar characteristics, but that is where it ends. While born from the womb of a woman, something happens during the pregnancy that transforms the fetus into a sorcerer. 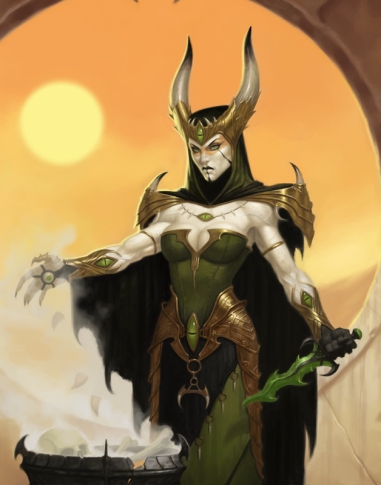 While most sorcerers are selfish, megalomaniacs that will stop at nothing to accomplish their own interests, regardless of who they harm, some are kind, valiant, and generous, while others are eccentric hermits that prefer to study in solitude.

Roll for on each table below to generate the following for your sorcerer: Skin Color, Hair Color, Eye Color, State of Nails, State of Teeth, Weird Feature, and Wizard’s Staff 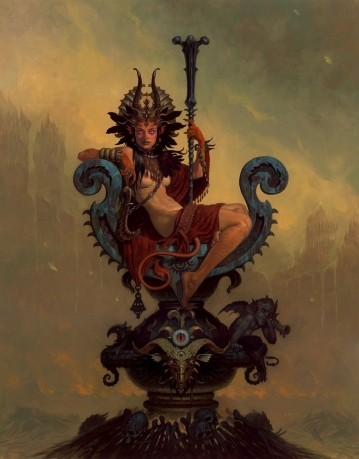 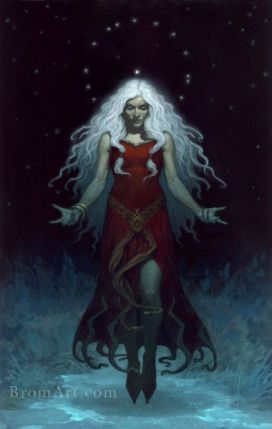