Here’s another playbook.  I made this one to kinda fit in with who might not be there for the initial village creation session or maybe their original character has perished and they are adding in a new one.

You come from a far away land as a representative of your people.  You are here to establish relations and explore the world around you.  You have trained in diplomacy and the ways of the court.  As with anything political, nothing is as what it appears on the surface.

People respond well to you and you are always quick to act.  Your Dexterity and Charisma both start at 10 and all other attributes start at 8.

Add a location that is being built since your arrival.  It should be complete in six months to a year.

Add an NPC from the village to the map.  It doesn’t have to be the one rolled on the previous table.

You have trained to be a skilled diplomat and are able to negotiate and moderate tense communications.  You are now a level X rogue.  You gain the class abilities Fortune’s Favor, Highly Skilled, Back Attack (wrathofzombie houserules) and the skill Diplomacy.

Location- You have set up a small market stand to sell the wares and goods of your people to those in the village.

Add an NPC that accompanied you on your journey from your kingdom.  What are they doing in the village? 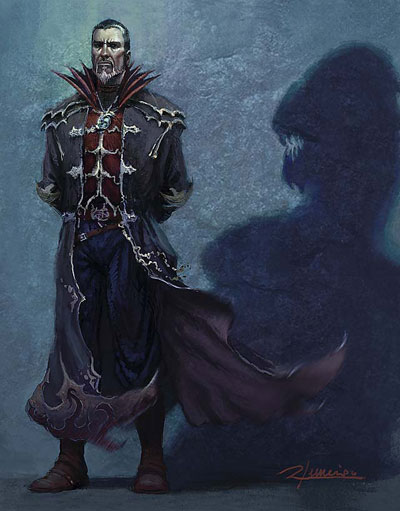 Armor: Rogues can wear any armor lighter than plate.

The Rogue
Back Attack– A rogue that successfully sneaks up on a target can make an attack at a + 2.  If successful the attack deals an additional 2d6 damage.  (normal back attack rule will be no “+” modifiers and only an additional 1d6 damage).

<Choose One>
Two-weapon Fighting– A rogue wearing light armor and holding a small weapon can make one additional attack a round.

Artful Dodge– A thief wearing light armor and no shield gains +2 to AC (again- nod to Crypts and Things).

Improved Initiative– The thief knows that those who are quickest to act usually live longest.  Add +4 to Initiative rolls.  (I am not using the static initiative bonus.  I’m doing Dexterity modifier + d20 roll– if you are using the BtW static rules- just increase the rogues Initiative bonus to +2 instead.)

Ledge Crawler– A rogue’s movement is not slowed or hindered when walking along tight ropes, ledges, or cliffs.

For the rest of the rogue stats and abilities consult Beyond the Wall, pg 11.