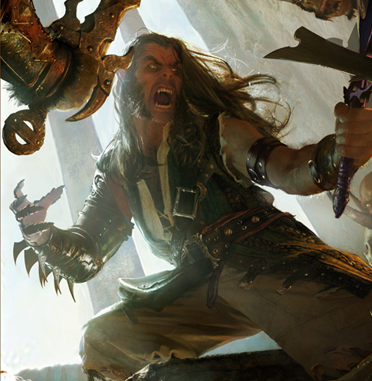 You are a shifter, sometimes called “weretouched,” and are the descendant of a human and a natural lycanthrope.  You are unable to fully shift into an animal form, but do have bestial features and are able to tap into the ferocity of your animalistic parentage. 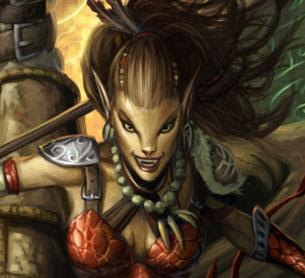 You tend to be shunned as a heathen or savage, and many believe that you are capable of spreading the curse of lycanthropy to others.  Your kind has been hunted, brutalized, and hated since they first emerged.

Alignment.  The wild and bestial ancestry of a shifter causes them to lean more towards chaotic alignment.  There are shifters that have learned to control their savage urges and tend to be neutral.

Size. You are medium sized.

Speed. Your base movement is 30 feet.

Lowlight Vision. You can see in lowlight up to 60 feet as if it is well-illuminated. 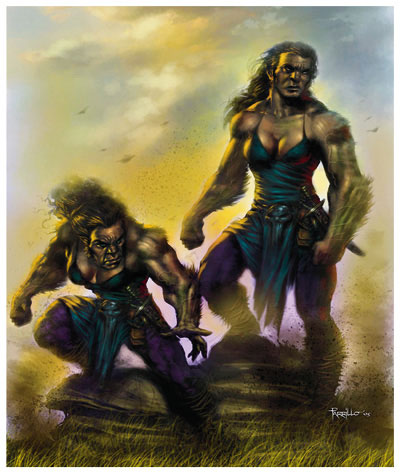 Shifting Power. Shifting powers are something that activate when you use your shifting ability.  Choose one when you create your character.  This cannot be undone once chosen.

Longtooth: The teeth of the shifter grow to large fangs, gaining a bite attack, dealing 1d6+1 damage.  The shifter is proficient with their bite attack.

Cliffwalk: The shifter gains advantage on climbing checks, is able to climb sheer walls, and has a movement speed of 20 feet.

Wildhunt: The shifter gains the ability of scent for Perception checks on a target up to 30 feet away.  If the target is upwind, the range is increased to 60 feet.  If the target is downwind, decrease the range to 15 feet.  Also the shifter’s movement is increased to 10’ and they are able to move through any sort of natural undergrowth at their normal speed without suffering impairment or damage.  Magically manipulated undergrowth still affects the shifter. 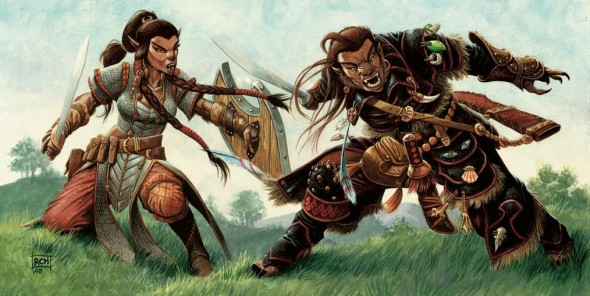