First I gotta give major props to Jeremy Deram for his monk class.  I took his wording for Dual Fisted and inspiration from his post, for things like the Drunken Monk AC and the unarmed attack modifier.  Thanks Jeremy for the awesome class!

You live in filth and the excess of drink; often waking up not remembering the events of the previous night, or how you ended up in a ditch.  You know there is courage and happiness in the bottom of a bottle and joyfully go searching for it every night.  While your stoic and “pure” brethren shun you for your weakness and lack of discipline, you laugh, sing, and whore the night away!

You know a good punch to some loud mouth’s stupid face is gonna hurt just as bad whether you’re sober or drunk, so why not have fun?  And when idiots do come looking for a beat down your friends “thunder” and “lightning” are more than read to open up a can of whoop ass and bring the pain.

Alignment: A drunken monk revels in fun, excitement, and the thrill of a good fight.  All drunken monks are chaotic in alignment.

Dual fisted: When fighting unarmed, monks may treat their agility as 16 for the purposes of making multiple attacks per round. As the monk becomes more experienced, he can deal more damage with these attacks.

Improvised Weapons: Sometimes when fists start flying in the bar so do chairs, tables, tankards, and bottles.  A drunken monk is able to use any of these with great efficiency. A drunken monk wielding an improvised weapon deals their unarmed damage plus an additional 1d4 points.  If a drunken monk rolls a 1, the weapon breaks (this is in addition to any thing rolled on the fumble table).

Kidney Shot: A drunken monk knows how to fight dirty and is not afraid to let his opponent feel the pain.  A drunken monk is able to make a single unarmed attack to a creature’s kidneys at a -2 to their attack roll.  If successful the creature must succeed a Fort save (DC 10+drunken monk level).  If the creature fails they are stunned for 1d3 rounds from the pain, but are not considered helpless.  They also suffer 1 point of damage per round for the duration +1 round from their kidneys bleeding a little.

Drink Like a Demon: A drunken monk handles alcohol differently than normal people.  Every hour a drunken monk is able to pound a tankard of ale, a bottle of wine, or a couple shots of liquor and become invigorated.  When under the effects of alcohol a drunken monk ignores 2 point of damage and makes all attack and physical rolls (including Fort saves) at a d24 (if using both fists attack is increased from a d16 to a d20).

Fire Breath: A drunken monk can spew forth some of the alcohol from his gut (as long as he is under the effect of Drink Like a Demon) and ignite it with a match or torch.  Any target in a 15’ cone takes 3d8 damage and have a 1-in-6 chance to catch on fire (Reflex save or take DC 10+drunken monk level for half damage).  Using Fire Breath ends the effects of Drink Like a Demon.

Black Out: Every night that you drink you lose 20% of your money.  You may wake up with some “fun” new items that you don’t remember purchasing.

Delirium Tremens: A drunken monk’s system is so dependent on alcohol that when not under its effects they suffer massive withdrawls.   If a drunken monk goes 24 hours without consuming alcohol they make all rolls one step lower on the die ladder.  Each 24 hours without alcohol causes the drunken monk to make rolls another step lower on the die ladder until they get a snoot full (IE- 3 days- all rolls are at a d12).  The first drink does not count towards Drink Like a Demon, but rather just reinvigorating the now dry monk. 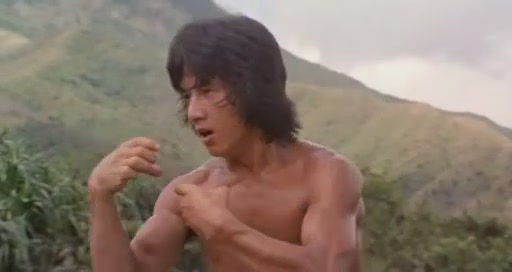